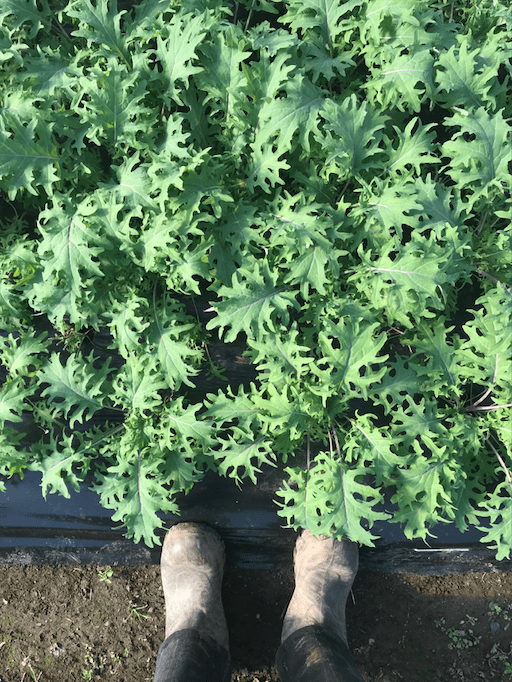 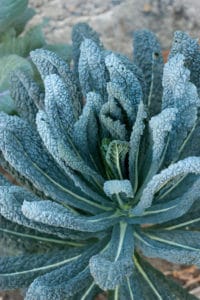 Kale is part of the Brassica/cabbage family, along with broccoli, cauliflower Brussels sprouts and of course cabbages. It is grown for its edible leaves but unlike cabbage it doesn’t develop a head. It originated in the eastern Mediterranean & Asia Minor and has been grown for over 5000 years.  Botanists consider kale to be closest in form to the first wild cabbages and thus probably amongst the first to be cultivated. It has become especially popular over the past decade or so as its high nutritional value became better understood and known.

There are many different varieties of kale – and at Helens Bay Organic  5 varieties are grown on the farm  – green, purple(Russian), red, the Italian Nero Di Toscana and a variegated variety.

Kale is one of the most nutrient-dense vegetables you can eat, because it is loaded with vitamins, minerals, fibre and various bioactive compounds (phytochemicals) including antioxidants.

It is an excellent source of Vitamin C, one of the world’s best sources of  Vitamin K

And it is high in beta-carotene, an antioxidant that the body can turn into vitamin A 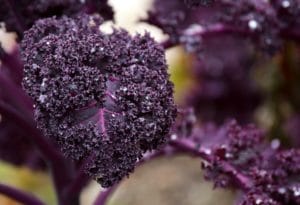 Many important minerals are also found in kale, some of which are generally lacking in the modern diet. These include calcium, copper  potassium and magnesium. And one advantage that kale has over leafy greens like spinach is that it is low in oxalate, a substance found in some plants that can prevent minerals from being absorbed

Study after study has shown that a diet high in fruits and vegetables is especially beneficial to human health and can even reduce the risk of many serious health conditions. Phytochemicals may be one of the reasons why. 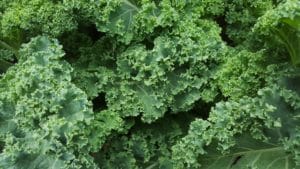 Kale has especially high concentrations of phytochemicals, biologically active chemical compounds produced by plants, generally to help them thrive or thwart competitors, predators, or pathogens. This is what helps kale stand out from the crowd. Some of these phytochemicals are known to be antioxidants which slow down the development of free radicals. Numerous studies have also shown kale’s high sulforaphane levels, a substance that has been shown to help fight the formation of cancer at the molecular level

Eating more kale is a great way to dramatically increase the total nutrient content of your diet. If you want to dramatically boost the amount of nutrients you take in, consider loading up on kale. Definitely incorporate 5 servings of brassicas every week into your diet and make kale a regular. Brassicas should not be overcooked to get the best of their health giving properties.